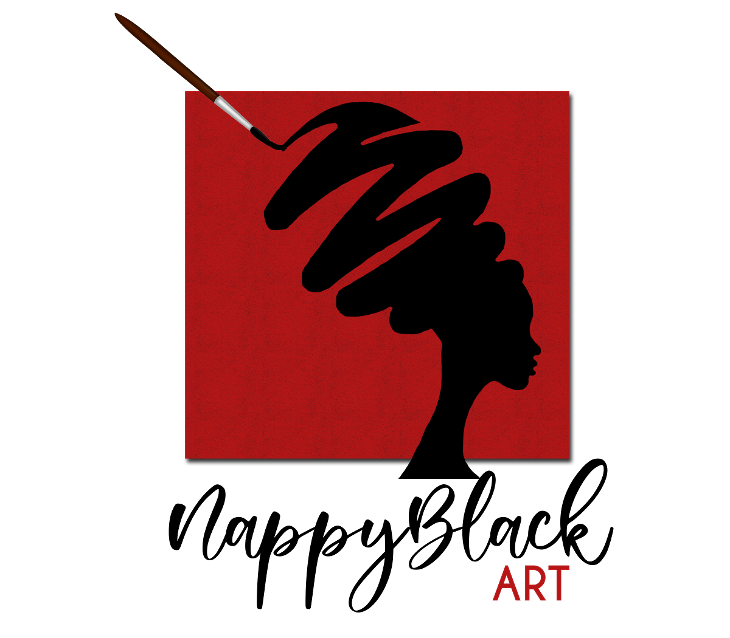 Who is Nappy Black?

Christie had a love for creativity from a young age. As fast as she could get something as simple as a piece of chalk in her hands she was trying to create pictures and stories with it. She always had a love for drawing and writing but over the years different dorms of crafting and jewelry making came into play as well. After high school her drawing took a back seat and her writing took a bigger place in the spotlight that was her life. With it she found self expression, therapy, and a keen love of who she was. It was then that she took the name Nappy Black while among an inspiring collective of writers in the BPC (Black Poetry Cafe). Although writing had been an amazing outlet and avenue of self discovery for her, visual art was still inside just itching to get out. After a particularly long bout of writer’s block she still had a need to create and she went back to her long lost love of drawing and found out that she still had it. Wanting to see some color in the images that she drew she tried experimenting with colored pencils and found that didn’t work for her so she decided to push herself outside of her comfort zone and pick up a paint brush. It turned out beautifully and she’s been painting since then. She loves Afrocentric images that exude strength and beauty like natural hair and deep skin but can relay the beauty in anything she puts her mind and paintbrush to.